Italy’s renowned S.O.D. Gear was one of the very first high-end, real-deal manufacturers to pick up on the PenCott™ patterns, and sent them off with some pretty cool dudes to open doors and meet people in some interesting places…  S.O.D. Gear will be at Enforce Tac for the first time this year.

One of the most eagerly awaited appearances at this year’s Enforce Tac and IWA has got to be Direct Action – the new advanced, professional brand from under the umbrella of Helikon-Tex. Enforce Tac / IWA marks the first public unveiling of the full line of Direct Action gear and clothing.  Be sure to drop by and check them out.

A brand that’s gained an outstanding reputation for innovation and high-quality over the past few years, UF PRO will be showcasing their range of superb products – including new items like their Monsoon SmallPac system and Hunter Sweater in GreenZone™ , and their brand new Striker HT hot weather BDU in BadLands™ will make its debut at this year’s IWA.

Another long time provider of high-quality items in PenCott™ camouflage patterns, Leo Koehler will be displaying their wares again this year at IWA – visit them at stand number 343 in hall 9.

The Polish super-company that’s been most active with the PenCott™ patterns, Helikon-Tex will be showcasing their 2015 line-up at IWA.  Drop by to see what’s new, chat to their crew, and pick up a catalogue (or two).

Polish outdoor gear and backpack manufacturer Wisport will be bringing out several products in GreenZone™ and BadLands™ soon.  Drop by their IWA booth to find out more – Hall 9, Stand 344.

Saving the biggest news for last! – the Tacticaltrim booth at IWA will be something like PenCott™ Zentrale this year.  Not only will they have samples of the full range of PenCott™ camouflage fabrics on hand, they will also be featuring the first European unveiling of Murdock Webbing company’s jacquard-woven GreenZone™ webbing, and they will be showcasing the first public appearance of the full range of PenCott™ camouflage products from Tasmanian Tiger.

Tacticaltrim will also be featuring several special guests and partners on their booth as well – including:

Project Gecko, in full cooperation with TacticalTrim & Tasmanian Tiger, take a closer look at the carrying capability and internal design of the Tasmanian Tiger “Mission Bag”. 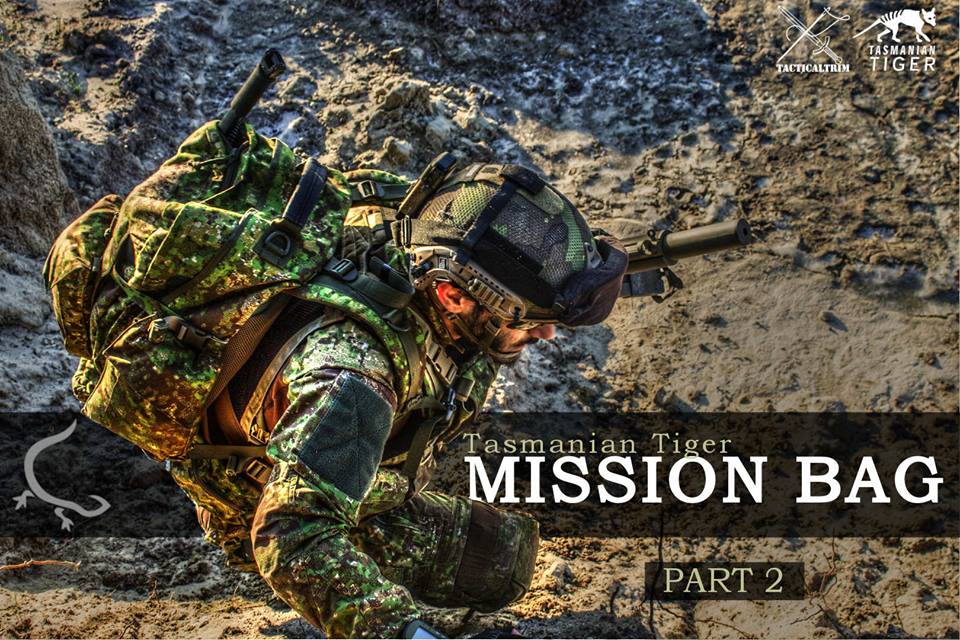 Whether you call it a ‘Basha’ or a shelter-half, 0241 Tactical’s large 90″ X 60″ tarpaulins provide an excellent cover for sheltering your gear, or you, from the elements – and from sight.

0241 Tactical’s new PenCott-GreenZone™ tarpaulins are made from Berry-Compliant, milspec-level, USA made and printed 70D ripstop nylon treated with a durable water resistant finish and a urethane back-coating.  They are made from a single sheet of material to ensure full waterproof protection, and feature 8 reinforced one-inch D-Rings at the corners and along the sides to provide rope attachment points for tying down or suspending the tarp. 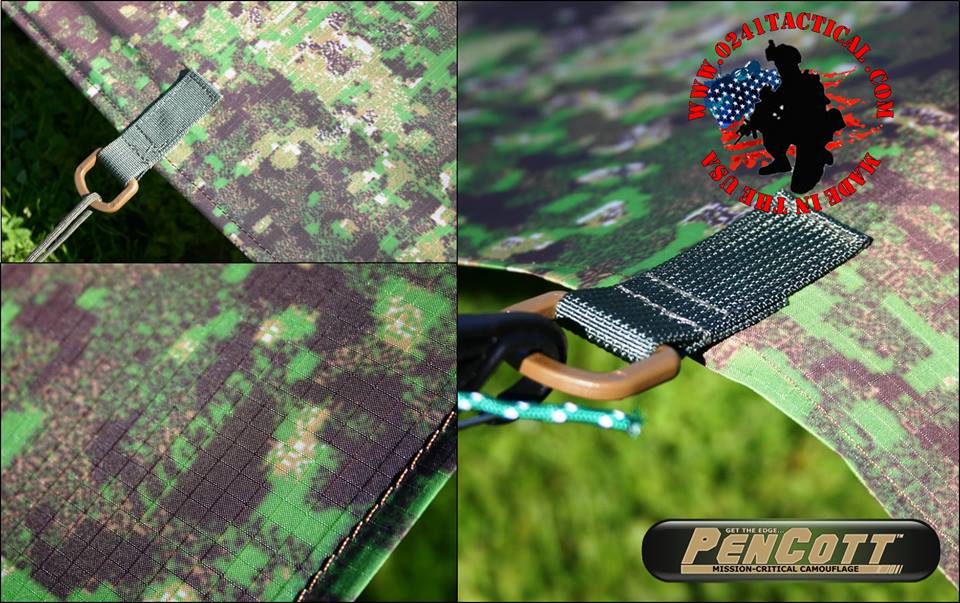 For full details about 0241 Tactical’s Tarpaulin range, and/or to order, click here.

To view the rest of 0241’s PenCott line-up, including balaclavas and rucksack covers, click here. 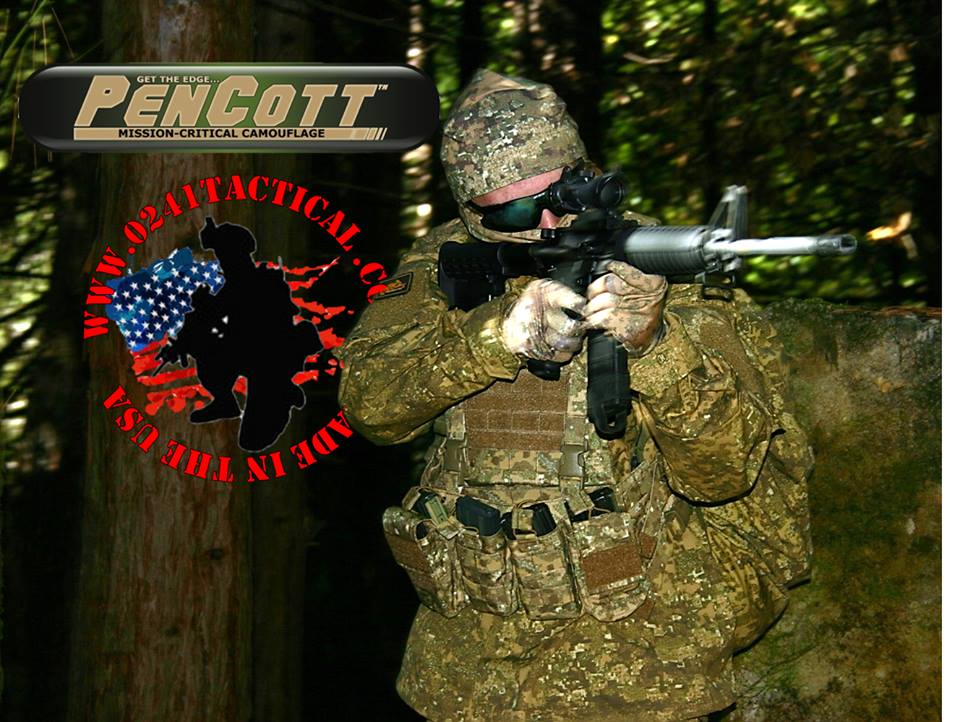 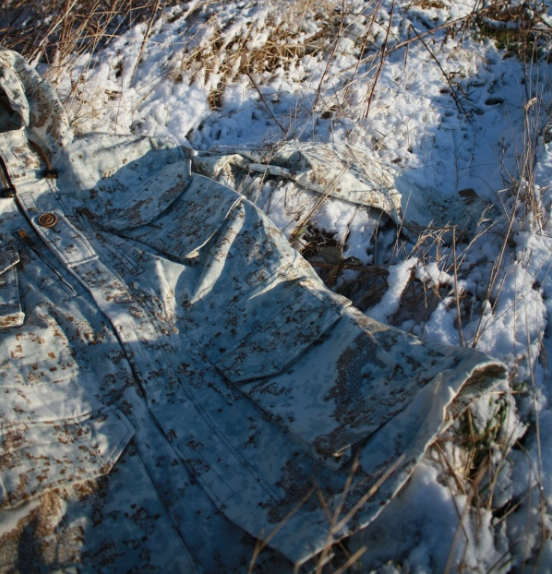 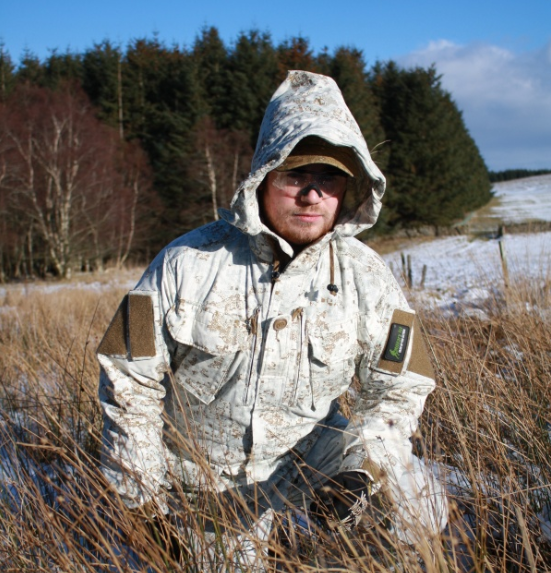 The new Micro-Pack in GreenZone by Sprinter Custom Ghillie. 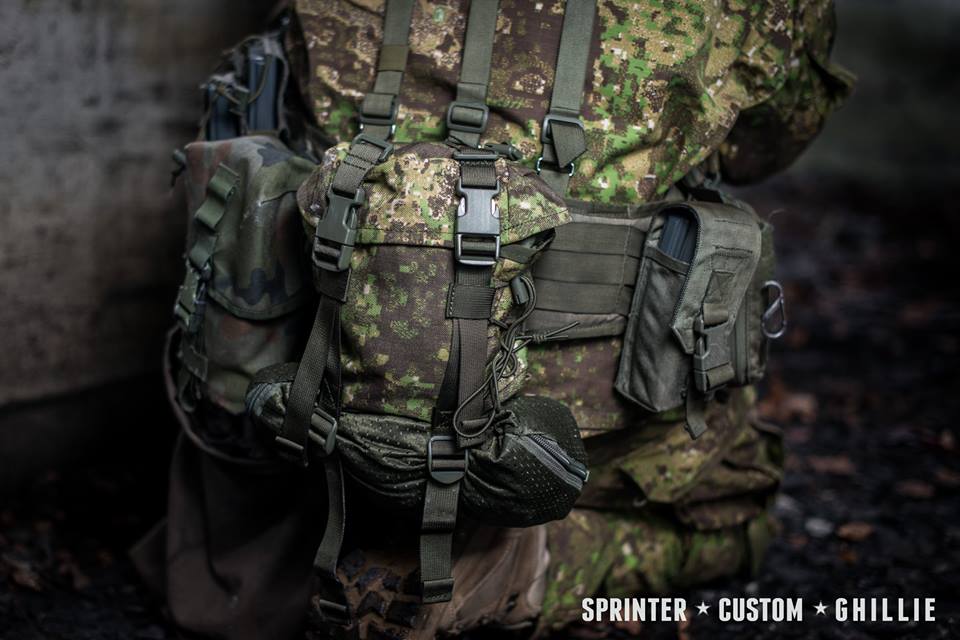 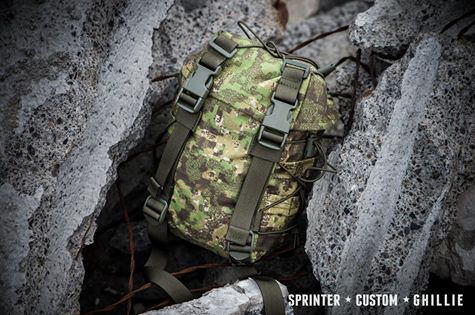 Our friends at SPARTANAT in Austria recently took an up-close look at the “Einsatzkampfjacke KSK und Einsatzkampfhose” (smock and trousers) in GreenZone from Leo Koehler.

The text is in German, but the pictures speak for themselves about the complete set of features and the high-quality of these garments.

No, ‘ZentauroN’ isn’t the name of a wizard in an upcoming “Hobbit” or “Lord of the Rings” film, its actually the name of a respected German maker of high-quality gear.

ZentauroN (German for ‘Centaur’) produce a wide range of equipment and bags for a variety of applications. Their range includes products for military and law enforcement, civil protection and security, search and rescue, outdoor pursuits and sports.

They also recently launched the Vulcan and a number of their other core military products in GreenZone™.

See the full line up on their website and follow them on Facebook. ZentauroN will also be exhibiting at Enforce Tac and IWA next month in Nuremburg. 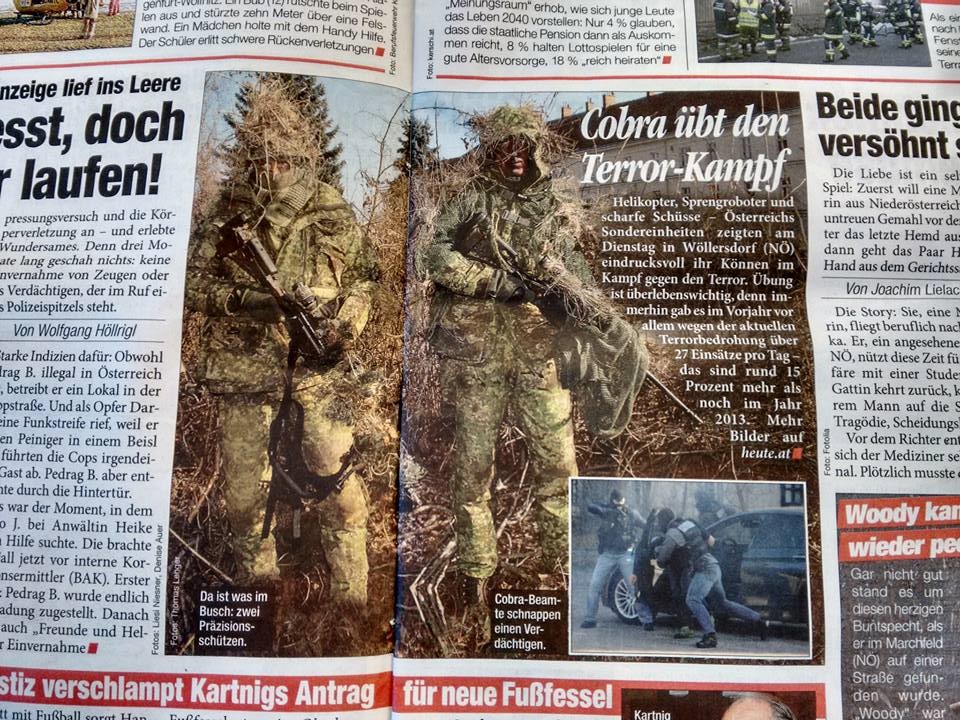 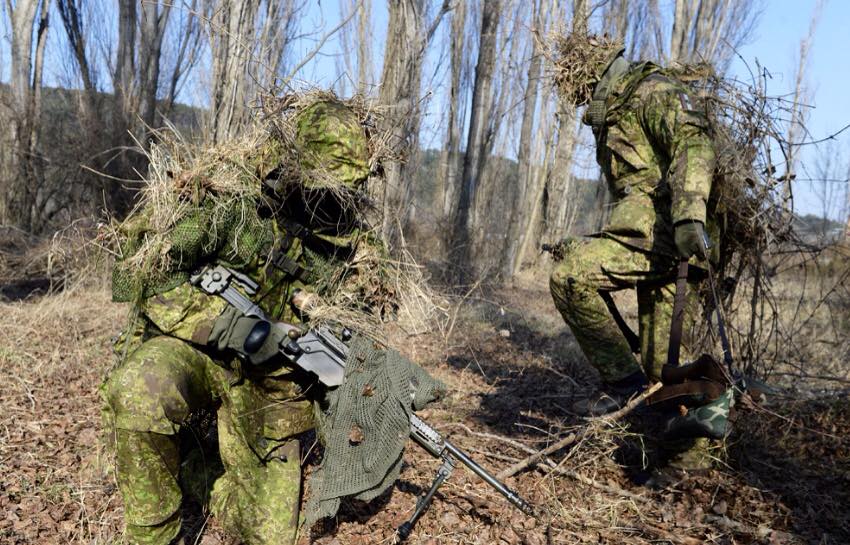 In case you missed it on the X-Box release…

Featuring the use of Helikon-Tex CPUs in PenCott-BadLands camouflage pattern, ‘HALO: Nightfall‘ has become a feature-length film scheduled for release on March 17.  The film will be available on DVD, Blue-ray and on digital platforms – including iTunes. 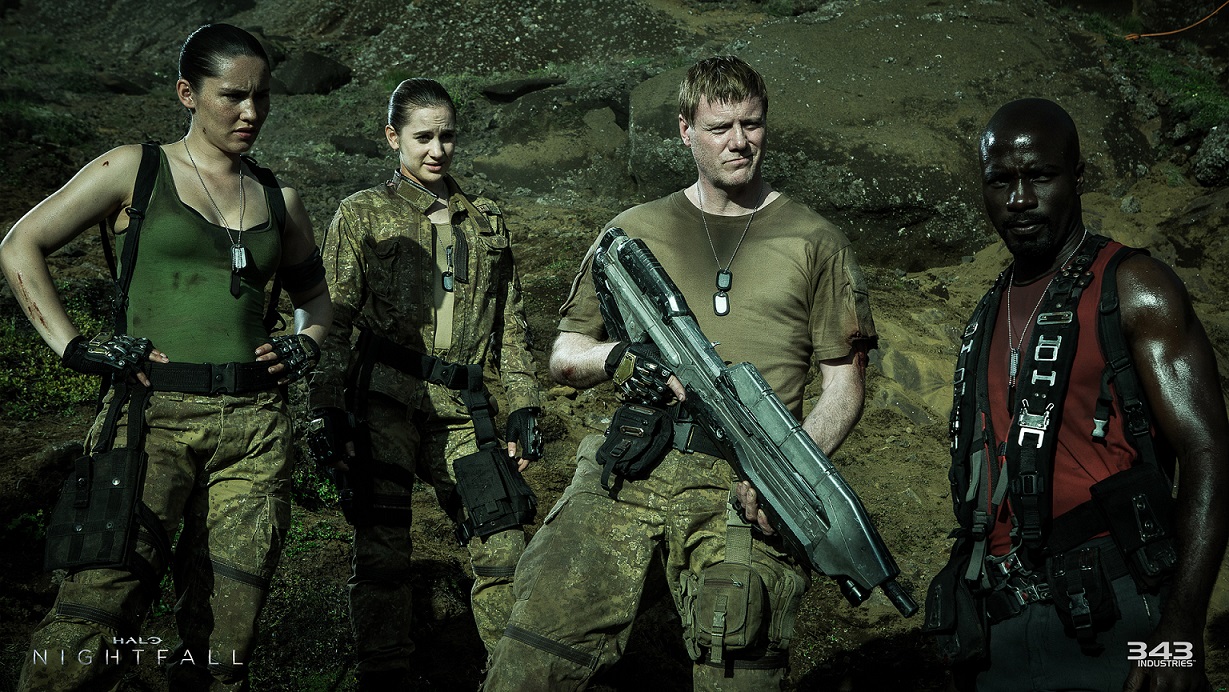 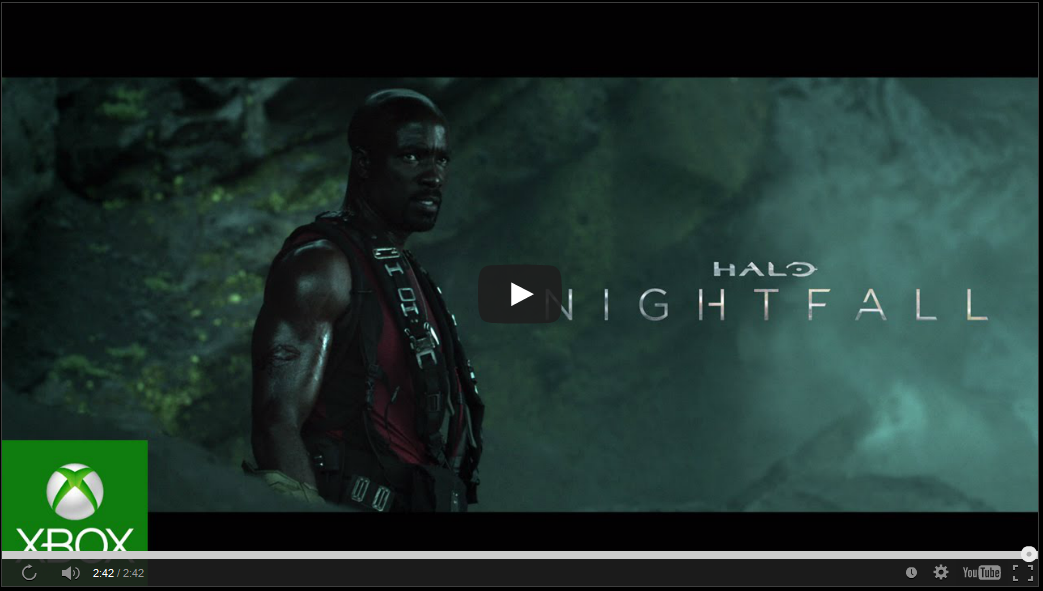