More details have been released about the range of Tasmanian Tiger products that will be included in the PenCott™ camo line-up – see the info-graphic below.

Project Gecko have also been checking out the Tasmanian Tiger Mission Bag in GreenZone™.

Check out the up-close look at PenCott gear from Direct Action in the latest English-language international edition of Frag Out! magazine. 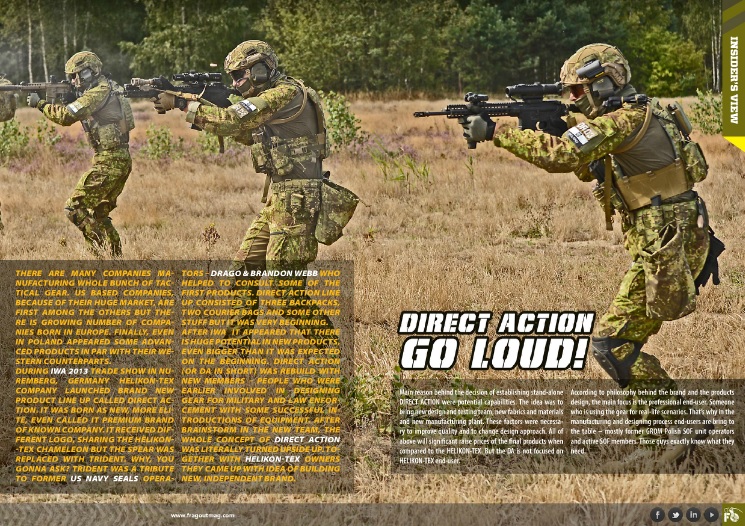 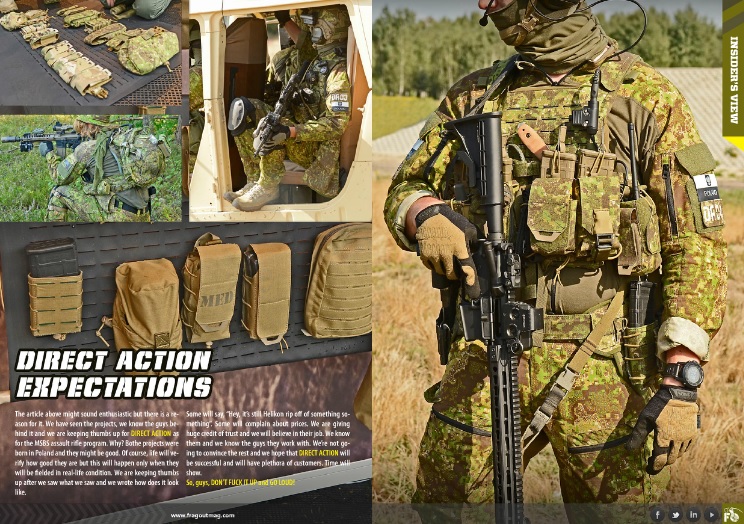 In recent weeks they’ve been showcasing  a growing range of PenCott-based products on their Facebook page – which we present a sampling of here.

Rumor has it that UR Tactical might be expanding their US / North American distribution soon as well.  Stay tuned to their website and Facebook page for further news and info as it becomes available.

Now, just in time for the SHOT Show, 0241 Tactical has released several of their products featuring the PenCott family of patterns – including the very first ever stretch-woven products in PenCott camouflage!

More details, and more products, will follow soon – for now, check out the dedicated PenCott page on 0241 Tactical’s webshop.

Mag Wraps™ come 3 in  a pack, will fit any 30rd AR-15 magazine, are easy to install and offer the ultimate in protection and camouflage for your magazines.  And now they are available in the PenCott-GreenZone™ camo pattern too!

These premium US-made wraps offer superior UV protection, chemical resistance, protection from scuffs and scrapes, are completely waterproof and are finished in a non-reflective matte outer coating. They work equally well on steel, aluminum and polymer magazines, and leave zero residue when removed. 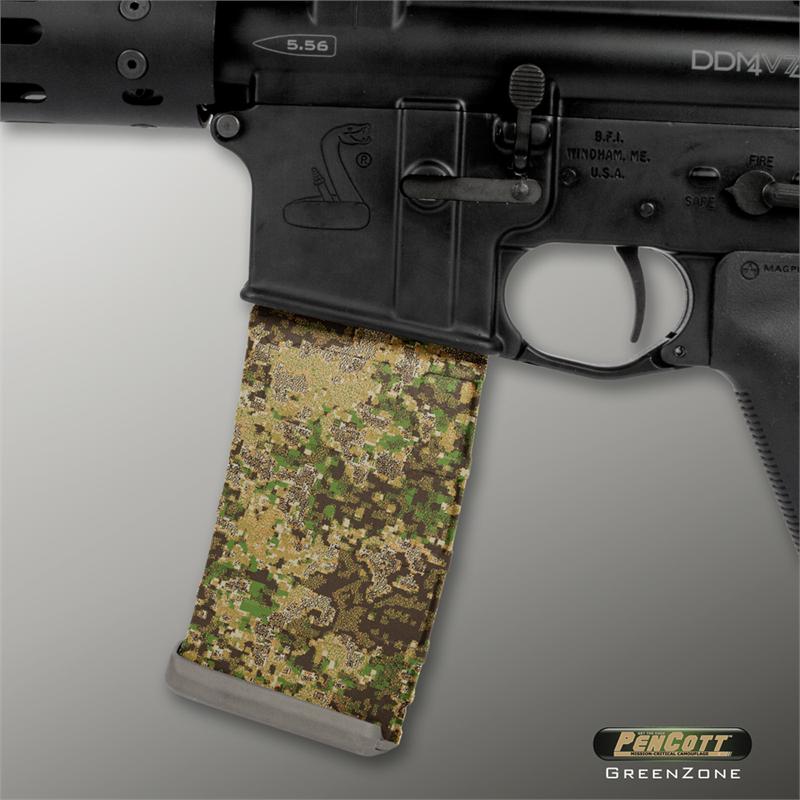 Currently available in GreenZone™ – BadLands™ and SnowDrift™ to follow.  Other Rapid Wraps™ products in PenCott patterns are in development. 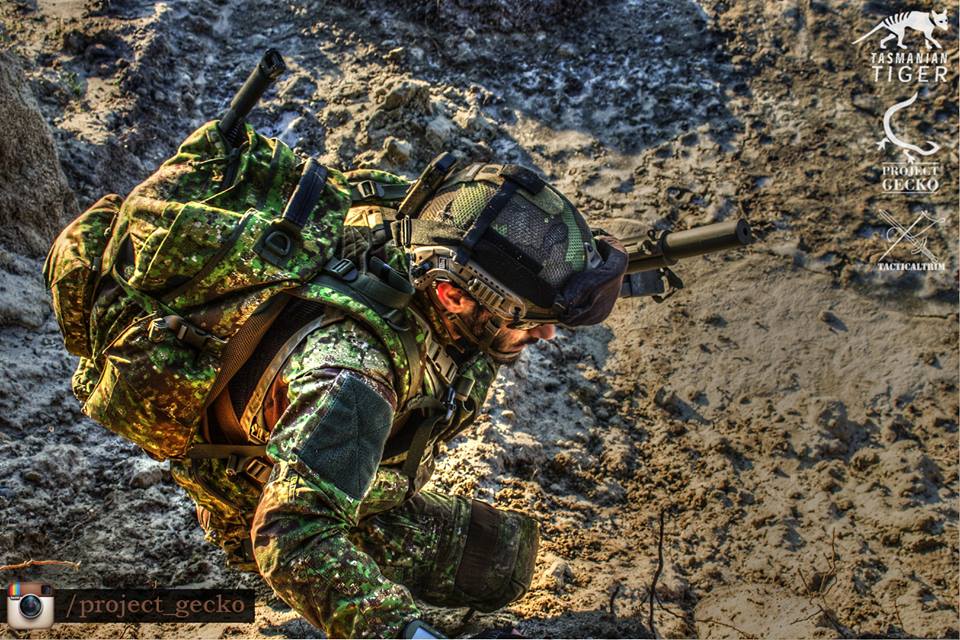 SEALS Action Gear have kicked off the New Year by releasing some sneak peak photos of their signature Tactical Field Shirt and Tactical Field Pants in PenCott GreenZone™ and BadLands™.

This is great news for all the folks in North America who’ve been waiting for some reasonably-priced, domestically-produced uniforms and headgear in the PenCott patterns.  Together with gear from Tactical Tailor, now end-users in North America will be able to kit themselves up with a full PenCott loadout. 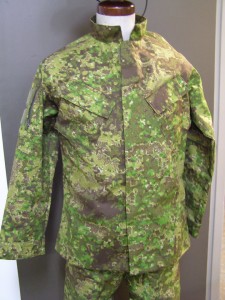 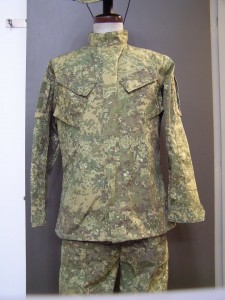 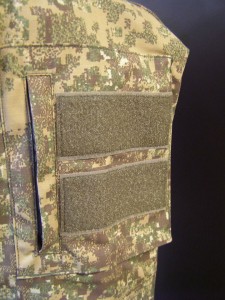 The waist of the shirt is slightly tapered for comfortable wear in or outside the pants, depending on personal preference.  The elbows are reinforced with a double layer of 50/50 NyCo ripstop fabric and the cuffs are adjustable with snap closures.  The band collar can be worn down or up, to keep debris out and to protect the neck when wearing load-bearing vests and/or body armour. 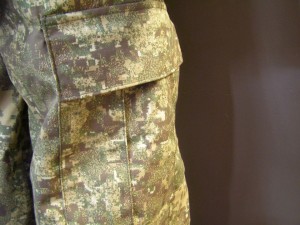 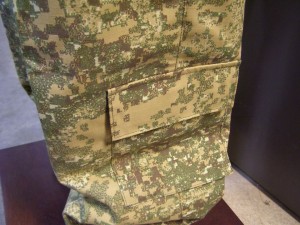 SEALS Action Gear’s Tactical Field Pants are made from genuine PenCott-printed Cordura brand 50/50 NyCo ripstop fabric and feature a unique waist adjustment system.  Other BDU-style pants use pull tabs with buckles which bunch up the fabric and create pressure points which chafe the skin, especially when wearing duty belts.  These pull tabs also distort the shape of the pants which creates a “sloppy” appearance.  SEALS Tactical Field Pants on the other hand, adjust to your exact waist size using a patented Velcro waist band which fits extremely comfortable and does NOT bunch up. 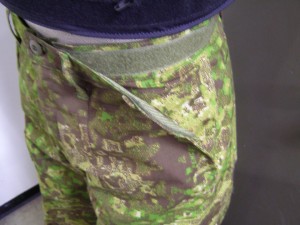 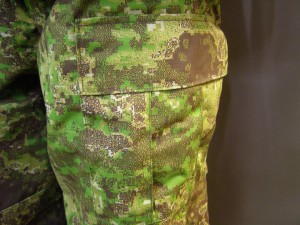 The belt loops are large enough for any military belt and a heavy duty nylon zipper is used in the fly.  Two large thigh pockets, two slant front pockets, two rear pockets and two calf pockets provide for plenty of load carrying capacity.  Double pocket flaps cover the buttons on the thigh and calf pockets and ensure that everything stays inside and buttons don’t get caught on stuff.  The seat and knees also feature a double layer of fabric for extra-durability.

Also released were photos of SEALS own wide-brimmed boonie hat. 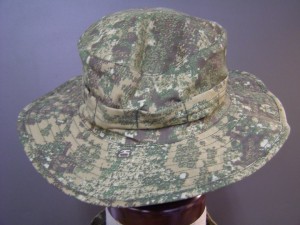 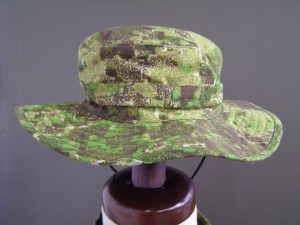